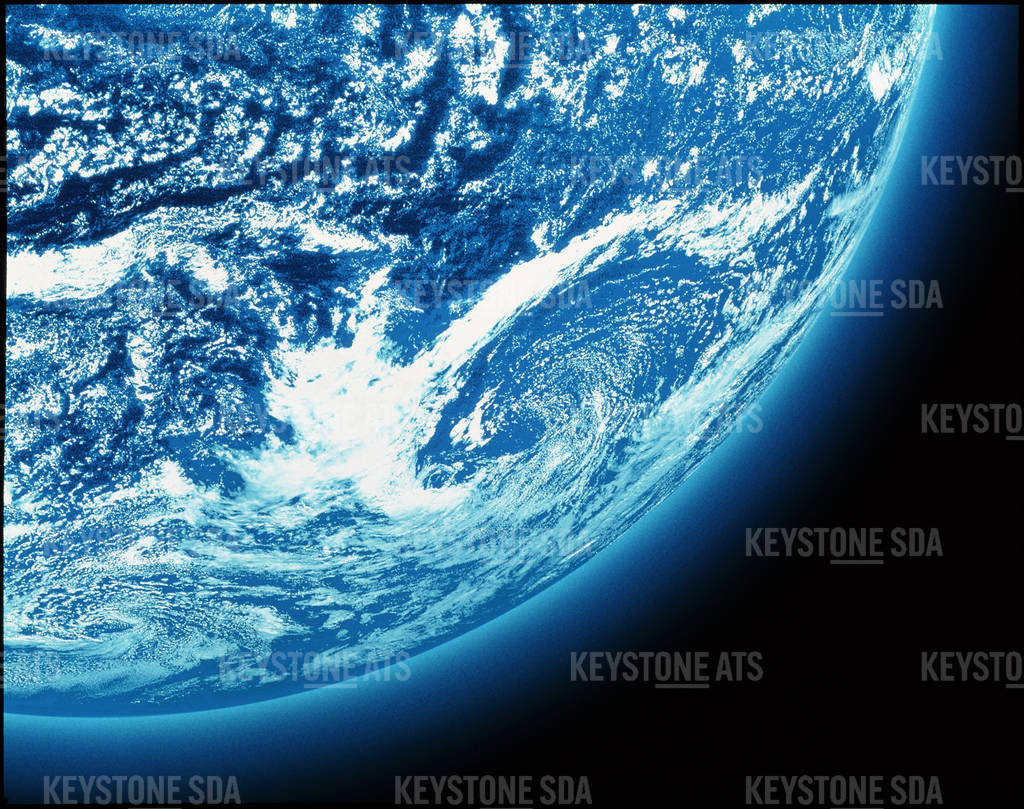 [S 7121] Earth's weather. GOES satellite image of cloud patterns forming weather systems over the ocean. The Earth's atmosphere can be seen as a blue haze around the limb. Clouds form as water vapour in the air condenses around tiny dust particles. The movement of weather systems is governed by several factors, including the rotation of the Earth, the terrain over which the systems pass, and the local air temperature. GOES (Geostationary Operational Environmental Satellite) is one of a group of satellites which monitor atmospheric conditions on Earth, allowing accurate weather predictions to be made. (KEYSTONE/SCIENCE PHOTO LIBRARY/NASA) === === [Stockbild-Archiv] 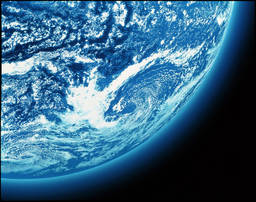 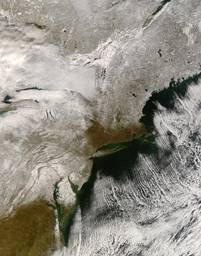 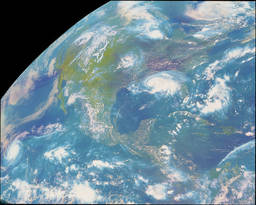 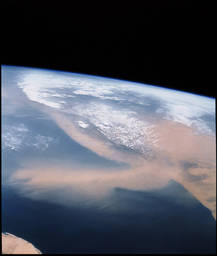 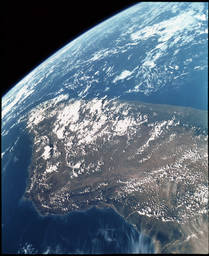 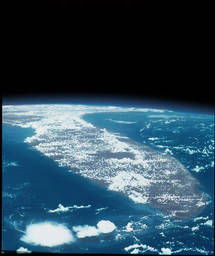