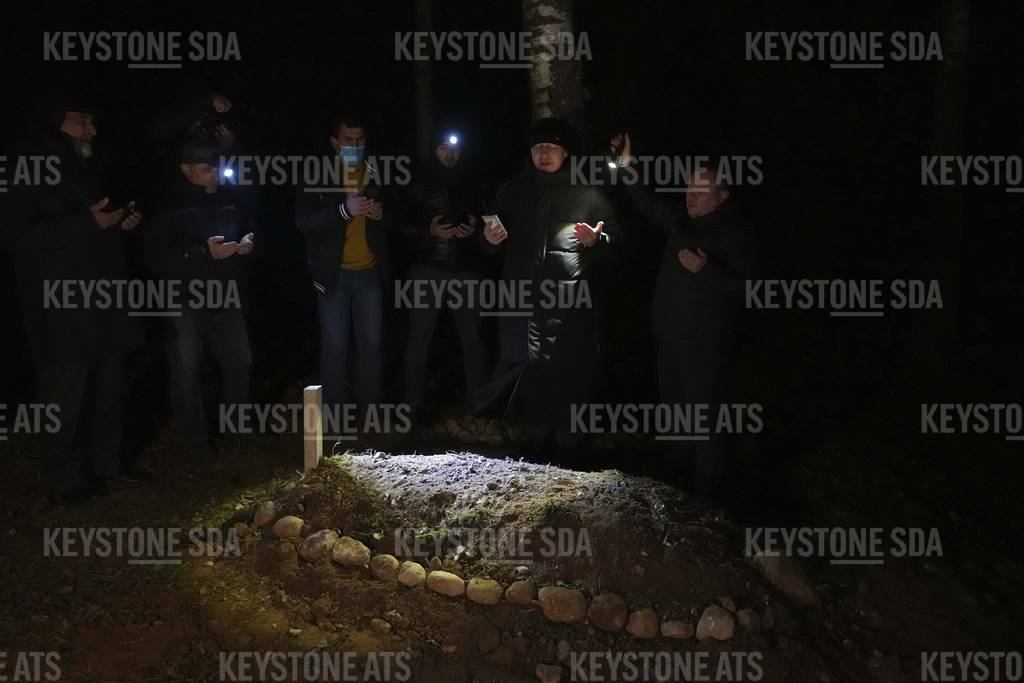 People of a Muslim congregation community pray at the grave of young Syrian man, Ahmad al-Hasan in Bohoniki near Sokolka, Poland, Monday, Nov. 15, 2021. The 19-year-old man died in late October in a river in this freezing, forested buffer zone. The authoritarian Belarusian regime in Minsk has for months been orchestrating a flow of migrants across its border into the three European Union nations, which form the eastern flank of both the 27-nation EU and NATO. In response, the three have been reinforcing their borders. (AP Photo/Matthias Schrader) 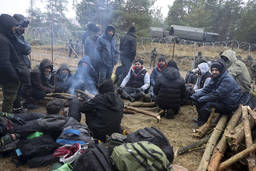 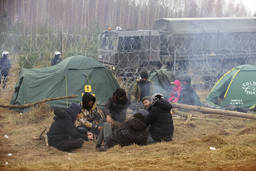 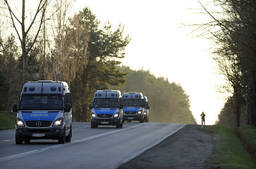 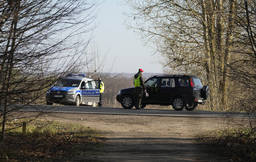 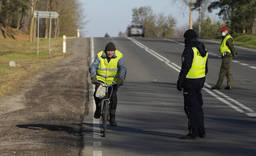 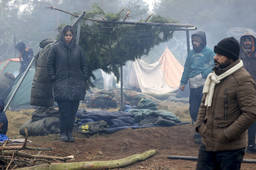 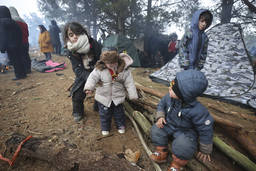 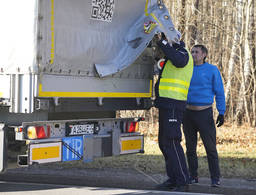 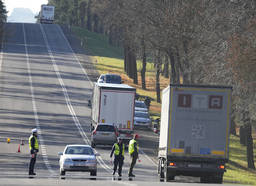 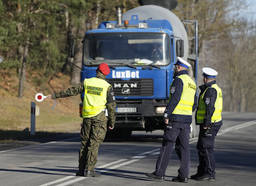 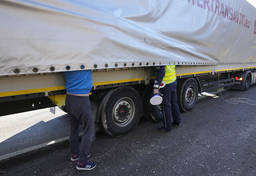 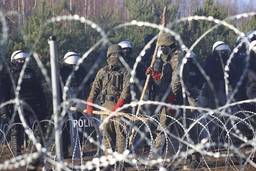 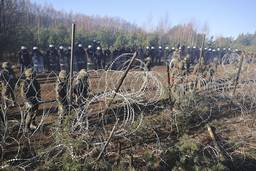 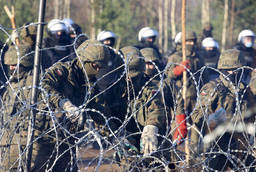 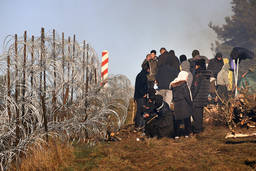 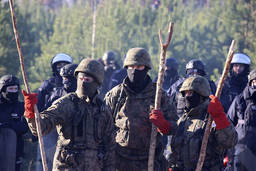 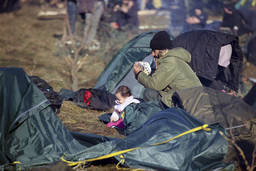 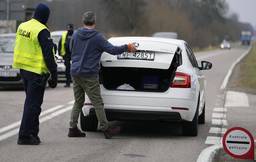 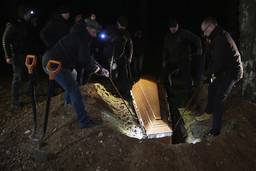 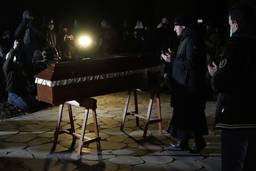 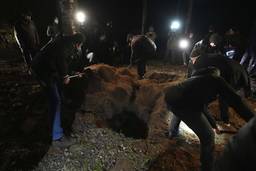 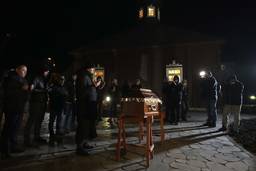 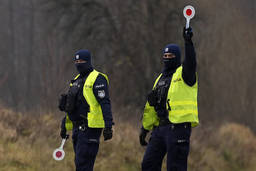 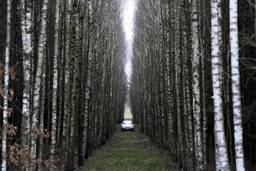 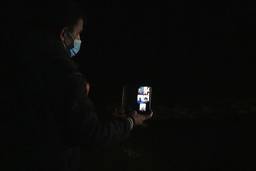 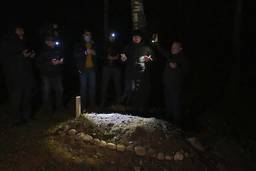